eWOM can be defined as ‘any positive or negative statement made by potential, actual, or former customers about a product or company, which is made available to a multitude of people and institutions via the Internet’ (Hennig-Thurau et al. 2004).

Word of mouth is one of those highly acknowledged key marketing concepts by academics and practitioners which also altered with the internet and social media digitalisation. The way how marketing buzz created and spread through word of mouth (WOM) had an incredible growth with the rise of social media sites, blogs, forums and other internet related platforms as those platforms twisted the world into a place where anyone can share their opinion and believes on anything .

Word of Mouth (WOM) is the simple act of telling somebody about something-good or bad. Buttle (1998, p. 243) defined Word of mouth marketing in the business context as “an oral, person-to-person communication between a receiver and a communicator whom the receiver perceives as non-commercial, concerning a brand, a product, or a service”.

In simple words, WOM occurs when individuals talk to each other and share their experience regarding a certain product, service or a brand. The experience can be a positive or a negative; but sharing among two or more is the key part in WOM communication.  Traditional WOM is a way of informal communication as it opposes from mass communication which reaches mass audience. Therefore, traditional word of mouth is an oral and non-commercial marketing tool.

Concept of WOM has started to expand ever since the internet, smart devices and technology evaluated. New marketing concepts such as email marketing, digital marketing, social media marketing came to the stage with the digital advancement. As 21st century’s consumer shifted to online communication, the relationship between businesses and consumers has also altered. Online opinion sharing has started instead of face to face opinion sharing. The term ‘internet’ compress digital platforms such as social media, blogs, forums, websites, emails and messengers which are involve in e-WOM process.  eWOM spreads through these platform in various forms such as reviews, memes, comments, emojis, reactions, sharing, ratings, influencer reviews, videos etc. 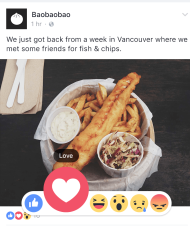 However,  e-WOM is somewhat similar to traditional WOM but it is also different from one another in many other ways. 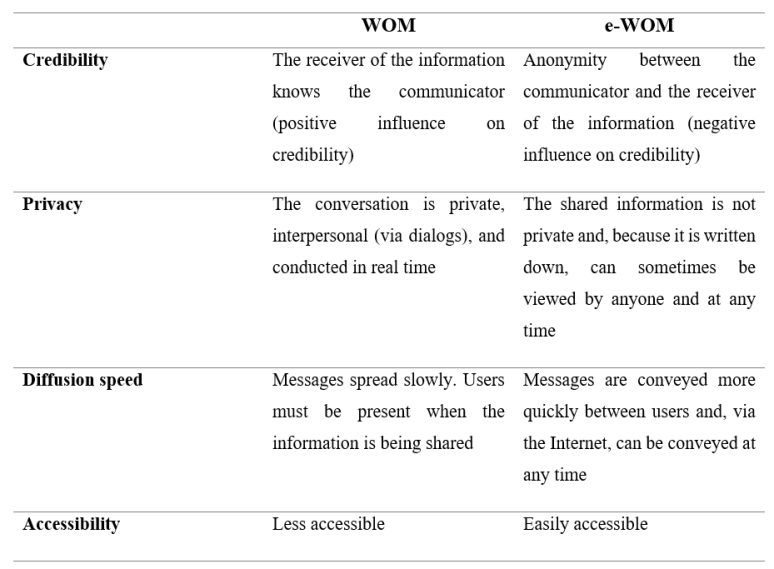 Social media has changed WOM communication from a customarily interpersonal environment. Communication network in eWOM is much larger than traditional WOM as more contributors and audiences are involved, and the reach of such communication  extends beyond small personal connections to the Internet world. Moreover, in e-WOM privacy can’t be guaranteed as anyone can see what others share once someone share their opinion online. Nevertheless, due to that reason e-WOM has no limits with spreading.

Traditional WOM mostly likely to involve between individuals who are already familiar with or who have connections with each other, but through social media, participants involve in eWOM most of the time are unknown to each other. For instance, traditional word of mouth take place among relatives, friends, and acquaints, but most of eWOM communication take place among strangers through internet platforms.

Traditional WOM can be stopped by forces at some point. But stopping the word getting spread is not possible in e-WOM. Since traditional word of mouth is only among familiars therefore it will be restricted. But, as internet has almost no limits probability of eWOM getting spread is extremely high. In addition, e WOM communication has high speed level when it comes to reaching the audience when comparing to traditional WOM.

According to Groysberg and Slind (2012), a normal American consumer get involves in more than 150 brands related e-WOM conversations on internet in average. Moreover, recent Brexit result, Trump’s victory in the election also are perfect examples for e-WOM’s impact on individuals’ decisions (Kates and Patterson, 2018). Therefore, e-WOM can present as the most influential, commanding and cost-effective marketing tool on the internet as it is not limited to face-face conversations and its’ ability to reach a global level of mass audiences is comparatively high. However, as every other marketing tool, the way eWOM works and how effective and efficient can be is also different from organisation to organisation.